Bajrang, Sakshi, Vinesh and other wrestlers spent the night in the temple, protest again today at Jantar Mantar 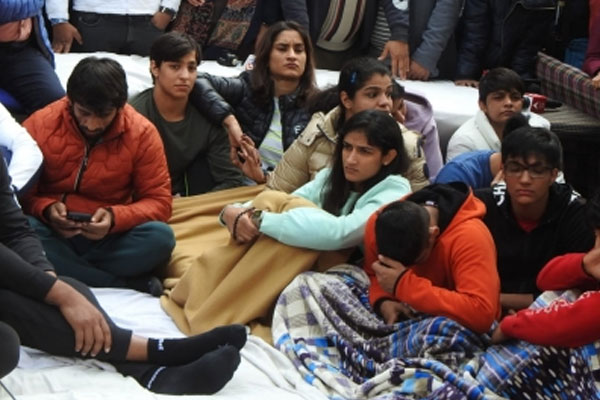 All the wrestlers stayed awake till late night, sources told IANS. They were discussing the further plan of the movement. They were sharing the message on social media and requesting more and more wrestlers and people of India to join them at Jantar Mantar on Thursday.

It was further reported that some senior officials of the Sports Authority of India (SAI) also met him at the temple. This morning they had prasad and left for Jantar Mantar to continue their protest.

Vinesh said that she was subjected to mental harassment by Brij Bhushan Sharan Singh, after which we even thought of suicide.

Earlier, the Sports Ministry on Wednesday sought an explanation from the Wrestling Federation of India (WFI) within the next 72 hours after Vinesh Phogat made serious allegations of sexual harassment of women wrestlers against the sports body’s coaches and president Brij Bhushan Sharan Singh.

The Asian Games and Commonwealth Games gold medalist broke down while talking to reporters on Wednesday as over 30 wrestlers, including Olympic medalists Sakshi Malik and Bajrang Punia, staged a protest at Jantar Mantar here.