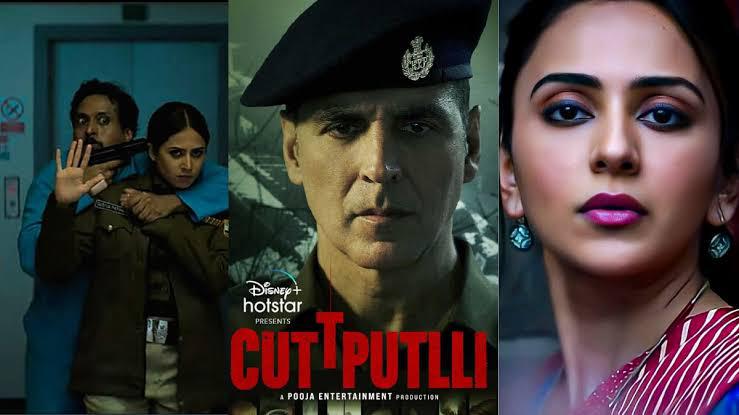 Superstar Akshay Kumar and Rakul Preet Singh starrer psychological crime thriller film Katputli, produced by Pooja Entertainment, has become the most watched film of the year 2022, according to a report by media consulting firm Ormax, Disney+ Hotstar has topped the list of the year. Pooja Entertainment’s Katputli has topped the list of most streamed movies and series for 2022.

Katputli, streaming on Disney+Hotstar, was the most watched Original Hindi film with 26.9 million views. The film also stars Joshua LeClair, Chandrachur Singh and Sargun Mehta. The screenplay, story, character, music, production design and acting were liked by the audience. According to a report by media consulting firm Ormax, Pooja Entertainment’s Katputli was able to topple Disney+ Hotstar to lead in OTT original viewership in 2022.

Seven of the 15 most-watched original shows and movies in 2022 can be found on the Disney+ host, topping the viewership list at the streaming giant, with Pooja Entertainment’s Katputli contributing the most. The film has received 26.9 million views, which no other film has received in OTT. Pooja Entertainment’s Katputli has become the most viewed OTT across the globe. Films like A Thursday, Govinda Naam Mera, Freddy, Gharhaiya and many more are included in this list but the Akshay Kumar and Rakul Preet starrer has the highest number of views.

Let us tell you, the talented actor Akshay Kumar has topped the list of Top Ten Male Hindi Stars in December 2022. Earlier, Akshay Kumar starrer Lakshmi also broke viewership records, which released in 2020. Let us tell you, in the year 2023, Pooja Entertainment is coming up with big budget films like Ganpath, Capsule Gill, Bade Miyan Chote Miyan and Karn, which are going to entertain the audience with their strong content and production values.