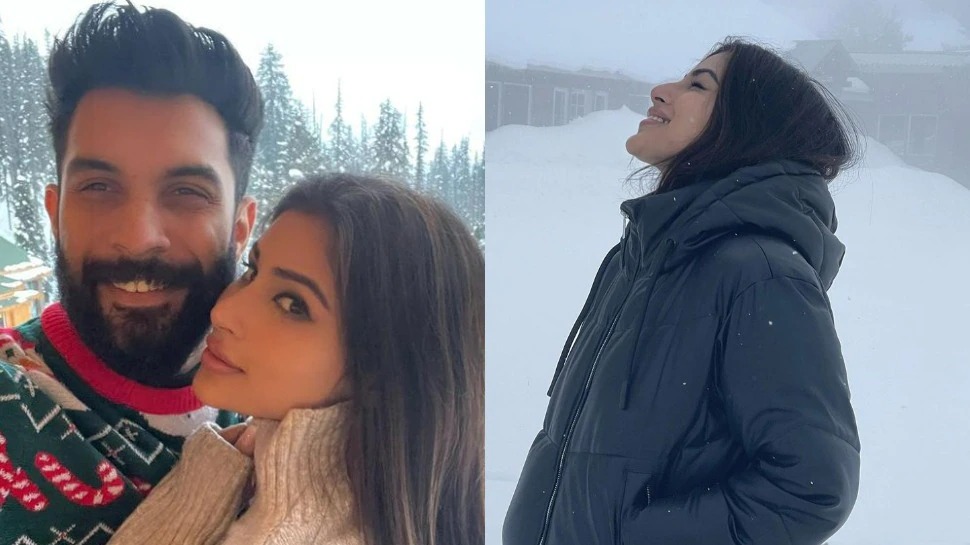 Mouni Roy and Sooraj Nambiar’s honeymoon photos after tying the knot on January 27 are going viral on social media. Mouni Roy is seen with her husband Sooraj while giving a romantic pose. The killer looks of the actress can be seen in the pictures. Seeing them, it seems that Moni is enjoying heavy snowfall.

After marriage, Mouni Roy appeared as a new bride. She came in the midst of everyone in the form of a beauty wearing a sari. Fans liked her look and style in saree. Now the same Mouni Roy has also shared pictures of her honeymoon with the fans. It can be clearly seen in the pictures that Moni is enjoying her honeymoon with her husband Sooraj.

Mouni Roy has shared romantic pictures of honeymoon on her Instagram account. In these pictures, what option has Moni written in front of you, Sunmoonim… Syllabes are constantly commenting on the honeymoon pictures of Mouni Roy and Sooraj Nambiar. Somebody made a heart emoji and someone wrote finally…

Mouni Roy was seen with her husband Sooraj at the Mumbai airport for the first time post-wedding. On this special occasion, Moni was seen congratulating the media with folded hands. At that time, Mouni Roy looked amazing wearing a ruddy red sari and big earrings, deep deep henna on her hands and vermilion in maang. On the other hand, Suraj was giving his cool look wearing a white colored kurta pajama.

Mouni Roy is a well-known personality in the industry. Moni’s husband Suraj is an investment banker. He lives in a Jain family in Bangalore. He did his early education from International Residential School and later in 2008 he did civil engineering at RV College of Engineering, Bangalore. After this, Suraj is a businessman and Dubai is the best investment banker.